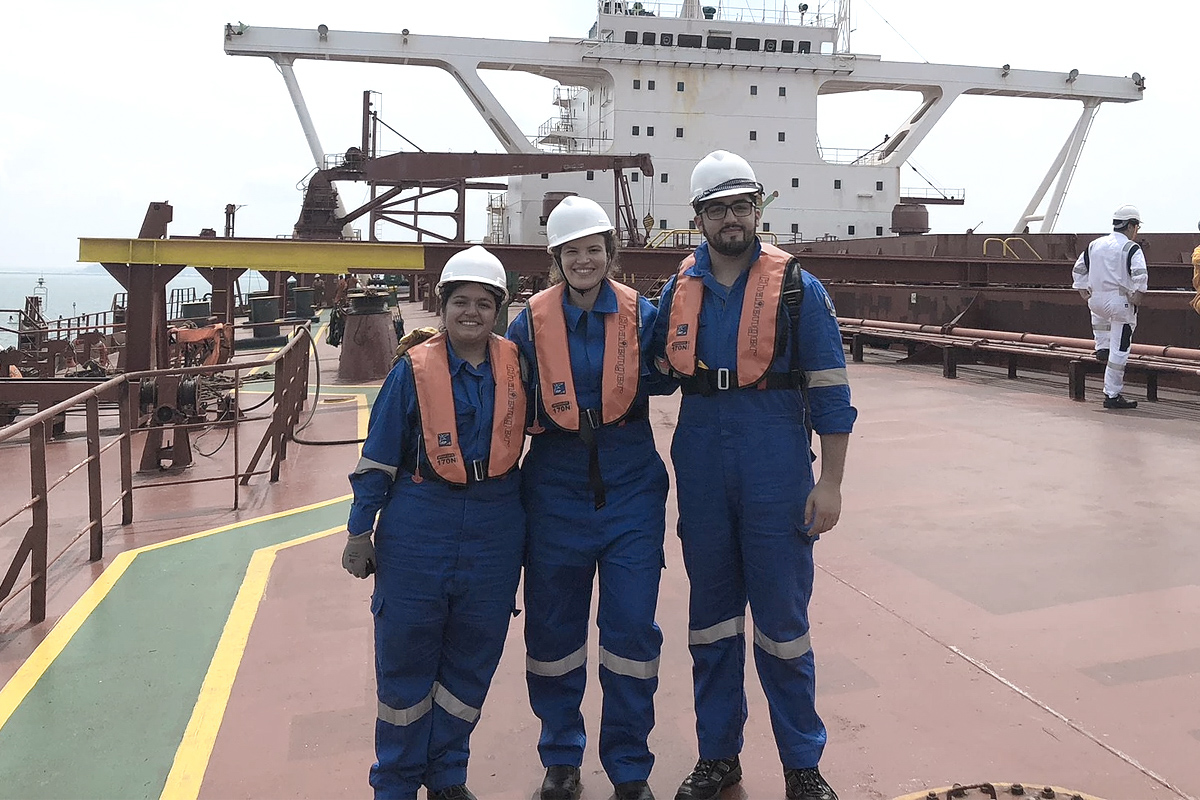 “I learned that in old ships they have many issues with motors, such as gears, pipes, sleeves…”

Live from The Sea with Fernanda Marquez and Carolina Hernandez

We offer Parts Replacement as a Service (PRaaS), delivering secure, scalable and cost-effective digitized inventory and on-site production solutions. Working with leading partners across maritime, offshore and the construction industries, the Ivaldi PRaaS Solution reduces inventory, warehousing needs, delivery times and cost of logistics by allowing organizations to send files, not parts, thanks to additive manufacturing and other digital manufacturing technologies.

The “Live from the Sea” series is a monthly feature of a part delivered to one of our end-users. One of our team members will be writing an article after visiting a vessel, whom we delivered a part to. This is an opportunity to share about the amazing work we get to do everyday with our customers!

Vessel visits are a key component for us to understand our users’ needs and see, first hand, how our service can be of help to the crews. The visits themselves, which you will read about in this series, is one of the most critical and challenging tasks our team has to perform weekly.

Carolina told me about one of the ship visits she did mid-2018. I’ve never been on a merchant vessel myself, but her story definitely got me to think about it!

She talked about a cargo ship from 1995. It has a flag from the United Kingdom, and its dimensions are 362.19 meters by 56.64 meters. Besides being a big, old ship, it has a very friendly crew. The crew received Carolina with a lot of enthusiasm and food! She introduced herself and explained what we do at Ivaldi: creating spare parts on-demand for the maritime industry.

The crew members and the captain were amazed by our capabilities. They were in shock that there is a company like ours out there, that can help them solve their main issues so quickly! Once they learned about our Part Replacement as a Service, the captain asked a crew member to give Carolina, Nora, and Juan Pablo a guided visit throughout the ship. He showed them the motors, impellers, control and engine room, deck, the bridge, and the workshop room where they do their own spare parts.

After the guided tour, the crew member explained the main issues they are facing on the ship. Carolina says, “I learned that in old ships they have many issues with motors, such as gears, pipes, sleeves and pipe fittings’ hardware like buttons, but they don’t change them because they are so small. Instead of replacing a part, they will replace a whole system. They change everything instead of fixing it.” This is exactly where Ivaldi can help!

To give an idea of what we can do, Carolina brings with her 3D printed hardware parts like mirror holders, fasteners like wingnuts, and others like split distance for ropes.

The crew was amazed. There are parts, such as wingnuts, that easily rust on a vessel because of the natural environment they are exposed to. 3D printed plastic parts can be the answer! They also emphasized that u-bolts specifically are a pain for them for numerous reasons, mainly because they can come in various sizes to match the pipes they are fitting. Unfortunately, when the u-bolts are used on the deck, they are exposed to the environment, generating rust pretty quickly. Because they rust, u-bolts and pipes often fuse together and damage the pipes.  As you can see in the picture below, the crew has their own “preventive ways” to keep u-bolts and pipes separated. 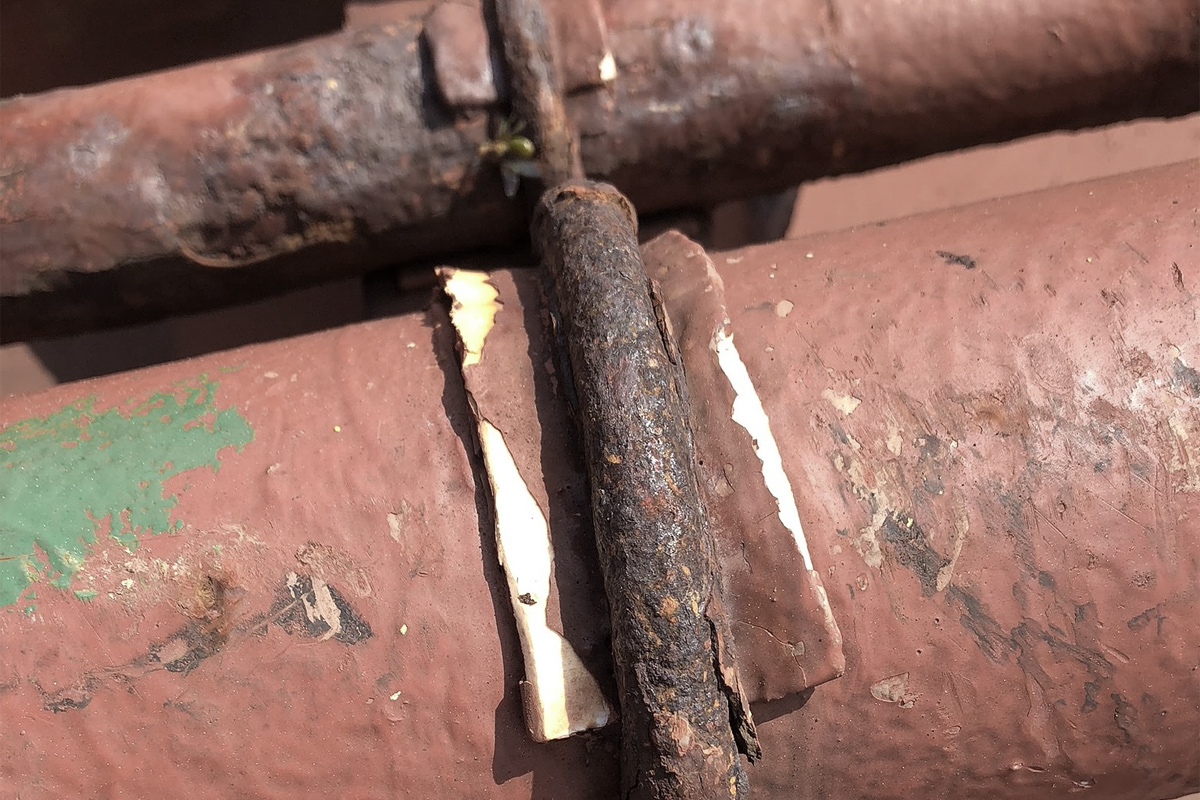 Rusted u-bolt from the shipment vessel.

Carolina had a memorable experience because of all the parts she saw and found fittings for 3D printing. The crew members were optimistic about our Part Replacement as a Service, which gave her all the most confidence of the value that we are creating. This ship visit confirmed our findings that there are a lot of non-critical parts ships don’t fix because they don’t have the capabilities and technology to do it efficiently, and we believe our Part Replacement as a Service can be the right solution for them. More information here.